Your next vacation start from your pc.

When you land on an internet page, immediately focus on what has to offer and more in particular if this provide what you are searching. In the particular case of accommodation-hotels and bed&breakfast web site, we may find 2 types of web page. a)the vacation rental. by this I intend the web page owned by the property holder.b)the travel web site. by this I intend the web page owned by a company proposing multiple subject, accommodation and services.Internet become a colossal communicative tools for all different kind of company. Small B&B, apartments owner, turn their home in a small business, which found on internet the sole opportunity to realize their evolutions. Web engineers create software to combine the travel business, with an for a wished tour.When you connect directly to the vacation rental web site, you expect that this will correspond to the best price solution. To discover a link of a wonderful vacation home is always quite complicate, unless It has been recommended from friends or you read it in a travel guide, reviews, articles, etc. Once you click on your wished property web sites then make sure that the domain is proper theirs. Start quickly a simple evaluation to the presentation page and see how is structured the web. Focus your attention to all the inside link, usually those remarks title and should match with what you are looking for.First always view about us, this will explain with who you are dealing and who will be hosting your holidays.Nice and honest peoples is what you need, therefore in this page you should be able to read their background and words of presentation which may capture your confidence. Scroll with your mouse, a good presentation should be able to answer all your questions, ending to analyze price and general condition without contacting the property. In case this web site do not satisfy and clarify enough you either write few sentence hoping to receive a clear and quick response, or you direct your research on a web page summarized at the point b.Those type of web sites, commonly are not personal, despite the latest technology applied and the incredible function they are provided, you will never feel a unique character. There are a long list, maybe hundred thousands. I will work on those who will guarantee me two important factors. Safe, secure and practice. A) I will recommend that no immediate charge are applied on your credit card, but stay on those who allow you to pay at the arrival. B) Try to understand how old is the web you have in-front of you. C) How big is this web site and how thousands of property would have been updates.Hopefully those tips will help you to steer your search little bet better and help your next vacation.

What's to Do for a Stag Night in Cardiff 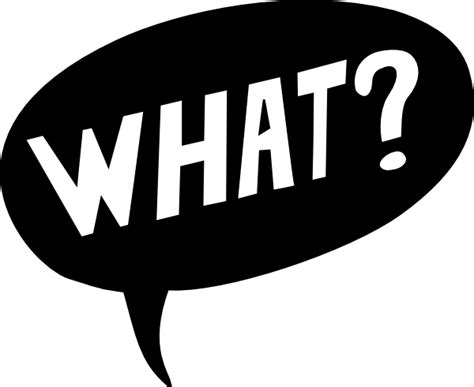 Cardiff combines old and new in a vibrant city scene that is like no other in the world. A stag night in Cardiff can take advantage of the vivid nightlife, dip into the pool of local comedy talent at a Cardiff comedy club, or stretch into the next day with a variety of exciting activities in and around Cardiff and its surroundings. Cardiff may not be the first city you think of when you think of a stag night, but it has some fantastic offerings for a stag party that will never be forgotten.If you enjoy a challenge, you'll find some spectacular stag night activities in Cardiff. The surrounding waterfalls and cliffs have given rise to the exciting extreme sport of coasteering, an amazing combination of swimming, hiking, cliff-jumping and traversing the cliffs that has been likened to whitewater rafting without the raft. Coasteering originated in Pembrokeshire in the early 80s, and has taken off as one of the hottest stag night activities in and around Cardiff. If that sounds just a wee bit TOO extreme, you can always compromise and take a canyoning jaunt through some of the most magnificent landscapes ever created.Stag nights have matured along with the average age of the Stag. What was once a night out with the boys and a last hurrah replete with strippers, lap dances and far too much booze to be healthy has become, in many cases, a full weekend holiday that mingles active, extreme pleasures with a night of carousing in an unfamiliar town. A stag night in Cardiff offers a range of fun from comedy clubs to lap dancing, from archery and golf to dunesliding and abeiling. For your nighttime stag revels, you'll find world class nightclubs, lap dance clubs and many tour operators running party busses and party limos with the accent on naughtiness.

European Capital Of Culture - What's It All About

The European Capital of Culture changes on an annual basis. Each country in the EU takes its turn having the European Capital of Culture (ECC) within its boundaries.The nation is fixed on a rotational basis, but there is great competition between the cities and regions of the nominated country for the honor of being nominated as ECC. The decision is made three years ahead, to allow time for preparation.The reason every city wants to be nominated is because there it will receive millions of euro of national and EU investment. The nominated ECC region will also receive millions of euro from the 500,000 extra visitors during its yearas European Capital of Culture.Cities are invited to put forward their proposals and reasons why they should be chosen. The national government makes the decision as to which city deserves the title most, though the decision is partly based on which city can benefit most from the financial investment.In 2005 Cork in Ireland was the European City of Culture. Roads were improved, a sewage system installed and hundreds of thousands of extra visitors flocked to Cork to spend their money. They were treated to musical, theatrical and folk extravaganzas throughout the year.In 2006 Patras in Greece has been chosen as the European City of Culture. Patras is about 90 miles west of Athens. Flights, car hire and accommodation are readily available, just search online, or ask your travel agent.In 2007 Sibiu-Hermannstadt in Romania has been chosen for the European Capital of Culture. Hermannstadt is the German name for Sibiu. The city is the largest centre of German culture in Romania. Located in the Transylvanian forests of legend Sibiu is fast becoming the centre of Romanias developing tourism industry.The European Capital of Culture in 2008 is Liverpool in England. Liverpool is a historic city whose wealth is based on its port. The port of Liverpool still exists, but is less important now. Liverpool is famous as the home of the Beatles, but has some stunning architecture. The Roman Catholic Metropolitan Cathedral is unusual outside, but absolutely mind blowing inside. You will find it half a mile uphill, behind Lime Street Station, the main railway station.Liverpool has an excellent public transport system and friendly taxi drivers. Liverpudlians are famous for their wit and quick repartee. The airport is small, but the city is easily reached from its rival Manchester airport, too

National Parks Week is being marked at National Parks the length and breadth of Great Britain and this year's theme is 'Stretch your legs, stretch your mind'. One of the Cairngorms National Park's highlights this year was Journey for the Wild 2006. The John Muir Trust; - the country's leading wild land conservation organisation - is behind the Journey for the Wild, which consists of four routes totaling about 2,500 miles. Participants walk, run, cycle, paddle kayaks and canoes, and sail yachts to complete the journey, traveling light and with the least possible impact on the environment through some of Britain's wildest places and most spectacular scenery. Their aim is to pass on a message baton across 70 legs of the journey and four different routes. The eastern route baton entered the Park on the 24 July near Dinnet.

Staff from the Cairngorms National Park Authority also took part in their own Journey for the Wild to celebrate National Parks Week by walking the four tops - Cairngorm, Ben Macdui, Cairn Toul, and Braeriach - on Thursday 27 July.

National Parks Week is for everyone however and a whole range of events took place for all abilities and ages. Event ranged from easy guided walks like the one at the Invercauld Estate, near Braemar to the Anagach Woodland Festival, Grantown-on-Spey where the Anagach Woods Trust hosted an afternoon of games and activities including archery, pole lathe turning and demonstrations of chainsaw carving from British champion, Pete Bowsher.

For the more experienced there were more challenging events aswell including a High Top Walk organized by the National Trust for Scotland. This challenging walk took in the 'Blue Hill of Derry'.

Other activities included walks around the grounds of Balmoral Castle, a wild woods mystery hunt and a Landover safari. The event has been heralded as a huge success which has showcased the national parks vast variety of uses and activities.

The World Cup in Germany this summer will be the biggest tourist draw in Europe for 2006 as well as being the most popular and watched sporting event in the world. The host cities of Germany are prepared for the influx of tourists and fans, seeking to soak up the atmosphere of the greatest show on Earth.As one of the main host cities Munich is set for the opening of the tournament with added accommodation and improved transport links added to cope with the additional hoards that will descend on the city this summer. Munich is no stranger to high volumes of tourists as open of the most popular short break destinations on the continent and, of course, the centre of the world famous Oktoberfest.Last minute travellers to Munich during the World Cup will find it difficult to attain accommodation. Despite the added rooms and camps, most hotels and sites have been sold out for some time. Some of the major hotel booking (http://www.superbreak.com ) resellers might have some availability if not in Munich then perhaps in the surrounding towns of Bavaria. There are alternatives outside of the city of Munich and these options can be explored further by visiting the official German tourist website (http://www.germany-tourism.co.uk/pages/getting_around.html ).Bavaria itself is one of the main tourist hot spots in Germany with a range of attractions that should keep even the most restless of tourist occupied for a week or so. For those hoping to mix someWorld Cup action with something more sedate then Bavaria might just be the place to explore. Bavaria is a great region for driving with rolling landscapes and scenery befitting any country, not least the famous Black Forest itself. Car hire is easy to come by in the region and is centred around Munich and in particular the International Airport. Most of the major car rental (http://www.easycar.com/aspx/car-hire/location/Munich.aspx/EN ) firms have a presence there to travel around Munich for the World Cup or to the wider Bavaria to get away from the celebrations.